Last weekend on the Codemotion Madrid, I had the chance to play around with one of the handful of prototype smartphones in the world running the Open Web Device (OWD) platform, based on Mozilla’s Boot2Gecko (B2G) project.

The phone is a Qualcom prototype running at just 600MHz, and as you can see in the picture, it looks like a smartphone (surprise!). The launcher interface feels very smooth, and some of the applications icons you see are somewhat-functional mocks (ie: facebook), others are just the real thing, web applications running on a web based phone, I call that native! and that’s the interesting part from the developer point of view.

We can use the same technologies they we already know, to build web applications that will run in this phone as native Apps, but can also run on Android or iOS as non-native HTML5 Apps. If this platform successfully replaces feature-phone devices in the lower-end market, we will eventually have access to millions of potential new users. 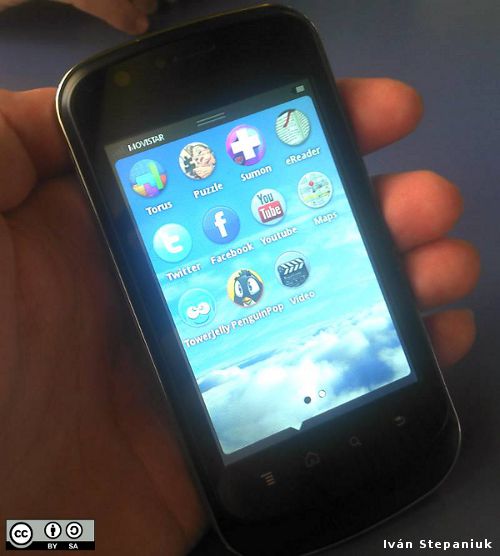 Everything you see here is HTML5 based. The first thing that came to my mind during my short test call was “Hey! I’m calling you from a web browser!”. You can also see it working on this video.

The strong point of the B2G sales pitch is the price. With hardware component cost of around $50 USD, this platform could represent a complete paradigm shift within the mobile device arena, and in Brendan Eich’s words, “the opportunity to convert a large part of the world from  feature-phones [low-end] to smartphones”

And here are some links:

Thanks to Fernando Jiménez (@f_jimenez) for letting me play with it!